A number of martyrdom tales are associated with various Valentines, allied to February 14. These tales include a written account of Saint Valentine of Rome, imprisoned for performing weddings for soldiers, who were forbidden to marry. Legend has it that, during his imprisonment, Saint Valentine restored sight to the blind daughter of his judge and before his execution he wrote a letter to the girl and signed “Your Valentine” as a farewell.

The 14th day of February first became connected with romantic love within the circle of Geoffrey Chaucer in the 14th century, when the tradition of courtly love flourished. In 18th-century England, it evolved into an occasion in which lovers expressed their love for each other by presenting flowers, offering confectionery, and sending greeting cards (known as “valentines”). Since the 19th century, handwritten valentines have given way to mass-produced greeting cards. In some countries in Europe, Saint Valentine’s Keys are given to lovers “as a romantic symbol and an invitation to unlock the giver’s heart”.

In the lead-up to the day in question, (i.e. from 26th December onwards), our shops are full to the brim with boxes of chocolates, red roses galore, teddy bears and even a St Valentine’s Day sausage!! It’s arguable that the notion of showing love and affection for another person is lost in the hype, commerciality and expectation that’s now laden with the 14th day of the second month in the year.

My colleagues in the matrimonial department often deal with legal quandaries connected with the affairs of the heart (sometimes on a literal basis). More often than not the work is connected to heart break and love loss, albeit, on occasions they will be asked to complete a Statutory Deceleration for a couple planning on marrying abroad, or the preparation of a cohabitation agreement, for a couple who are about to move in together for the first time. Love, or, perhaps the lack of it, is a central theme to the work that they do, when advising on issues such as divorce and financial applications.

But what of the private client department?

Wills, probate and the concept of one’s death hardly makes you feel warm and fluffy inside. For example, when I take instructions from clients in relation to the drafting of their wills, I always ask, whether they wish to include any funeral wises – hardly the most romantic of concepts. However, another question that I commonly ask cohabiting couples is whether they intend to marry in the future and if so, I would suggest the inclusion of an expectation of marriage clause, within a will, in order to avoid the automatic revocation of the will, following the marriage. I firmly believe that I have planted several seeds… and I will take some credit for the subsequent marriage of one of my clients, following an appointment to finalise his will.

The making of a will is the only certain way of ensuring that you can leave your estate and possessions to those that you love, be that a spouse, a partner, children or friends.  A properly drawn will discharges the moral responsibility that each of us have to ensure that we do not leave our financial affairs in a tangle, after our days.

It may be an old adage but it remains true that there are only 2 certainties in life – death and taxes. Failing to plan for the inevitable could lead to families losing out on an inheritance or losing out by way of increased probate fees and solicitors fees (and who wants that).

For those of you who are cohabiting, the making of a will is a must in order to ensure that your partner can inherit from your estate. Contrary, to popular opinion, there is no such thing as a common law marriage, therefore unmarried couples regardless of how long they have been living together will receive nothing under the intestacy rules. Therefore, if you are not married and die intestate, your estate will be distributed according to the intestacy rules, with the children of the deceased inheriting fist, followed by the parents, if the deceased was childless. If there are no surviving parents, the estate will be inherited by the deceased’s siblings and then his or her nieces and nephews. Cousins will inherit if there are no surviving nieces and nephews with the Crown, eventually inheriting the estate if there are no surviving family remembers at all.

Should you therefore wish to provide for an unmarried partner in the event of your death, the moral of the story is to either marry or in the alternative, make a will. I believe that the latter is considerably cheaper!

Yesterday, I attended a funeral, held for one of my former clients, who sadly passed away last month. He had no surviving relatives. The congregation consisted of his solicitor and five of his former carers from the care home where he formally resided. It was a pleasure and a delight to hear those carers speak so fondly of my client and to share their contended memories of him. He was loved by his carers and by his friends, which brings to mind the words of Orson Welles – “we’re born alone, we live alone, we die alone. Only through our love and friendship can we create the illusion for the moment that we’re not alone”.

Therefore, perhaps next year, consider an unconventional Valentine’s gift. Think outside the (chocolate) box, so to speak and make a will as the ultimate gesture of your love. After all, to borrow this time from Philip Larkin, “what will survive of us is love”.

If you would like to speak with one of our experts from our Private Client department you can reach us via the contact details below: 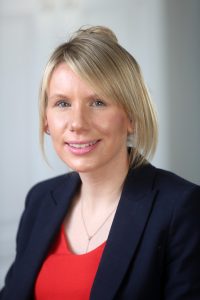 Filter by
Resolving Financial Matters When Getting Divorced
Child Inclusive Mediation
No-Fault Divorce set to come into play on 6th April 2022
Coercive control in Family Law
What is the Divorce Process and how we support people through it?
Crypto-assets in Divorce
Getting divorced during lockdown
The effects of Brexit on Family Law
Divorcing without a financial order in place
Valuing assets during Financial Proceedings
What is ‘Divorce Day’ and will it happen in a COVID-19 world?
Key divorce statistics in England and Wales 2019
Child arrangements during Wales’ “Firebreak”
Family Law: What to expect from a remote hearing?
Why millennials are getting prenups?
Specific Issue Orders and Prohibited Steps Orders
Annulment of Marriage
Resolving Finances on Divorce
No Parental Agreement To Covid-19 Vaccination
Valuing A Family Business During The COVID-19 Pandemic
Consent Orders & Clean Break Orders
The Impact of Coronavirus on Child Arrangements Orders
The Impact of Coronavirus on Spousal Maintenance Orders
The impact of Coronavirus on Domestic Abuse
The Impact of Coronavirus on Divorce Finances
What are the financial implications of divorce?
Special Guardianship – What’s so “special” about it?
Alternatives to Litigation (ADR)
Can Pre-nuptial agreements be signed after marriage?
Pensions on divorce
Smacking Ban – The Impact on Family Law
Cohabitee Disputes
Options available when sorting out finances on divorce or dissolution
Can I have my inheritance early? ‘I Want It Now!’
Can Pre-nuptial agreements protect future assets?
What pre-marital arrangements to make before your happy day?
The importance of making a will at the start and end of a relationship
What is Cafcass and what does it do?
2019 – Private Client Update
I have received a divorce petition, what do I do?
Involving The Court In Disputes Relating To Children
How to get Divorced in England & Wales
Good Divorce Week
Summary Points of Submission to the Commission on Justice in Wales
The Extension of Civil Partnerships
The Importance of Cohabitation Agreements?
A Brief Guide to Divorce
The Importance of Making a Will
Spies, Soaps, and the Soaring cost of Dying
Collaborative Law Explained
Do grandparents have rights on family breakdowns?
Contentious Probate Overview
Children Act Proceedings and the Involvement of Cafcass
Enforcing Child Arrangements Orders
Surrogacy Questions and Answers
Divorce Day 2018
A Victorian Attitude to Dying?
The Future of Divorce Law
A layman’s guide to injunctions
Coping with Christmas Family Arrangements
Special Contributions – Have you got the XFactor?
Social Media in Family Law Proceedings
Will writing Proposals: A change is gonna’ come
Internal Relocation with Children
FAQs: Child matters over the summer school holidays
Shariah issues in Pakistani TV dramas
Child Arrangements Over Summer
A Reasonable Inheritance
The American Patient
Differences between solicitors and barristers
The Blame Game
Civil Partnership Equality – Nothing More. Nothing Less
January Blues
Civil Partnerships still exclusive for same sex couples & TOLATA
Running Your Own Cases. Cheaper, but at what Cost?
Are Prenuptial Agreements Legally Binding?
The thorny subject of legal fees in divorce proceedings
Schedule 1 of the Children Act 1989 – Not just for the “Super Rich”
Brangelina, as the dust settles
The Collaborative Route – Collaborative Law
A little nonsense now and then
Brexit and the future of family law
Child Abduction – What You Need to Know
Family Law Myths: Busted
Inheritance Tax – Family Home Allowance
Pre-marital agreements are on the rise
Surrogacy Agreements
What is your online “financial footprint” saying about you?
Adoption Support Fund
Sarah Wyburn on Equal Marriage
You need a proper Will to make sure your wishes are followed
Sarah Wyburn on new laws for separating parents
David James on child maintenance system changes
Child maintenance: parents to agree fees
Proposed pension changes and their likely impact on divorcing couples
Welsh law firm celebrates as marriage equality becomes reality
The Prest case and what the judgement means
Family Law Q&A: Clare’s Law
Family Law Q&A: Arrangements for the Children
Family Law Q&A: Quickie Divorce
Family Law Q&A: Common Law Marriage
See All News