A little nonsense now and then 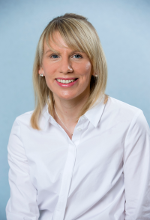 Last weekend saw the city of Cardiff magically transformed into the city of the unexpected as thousands of people gathered to celebrate the centenary of the birth of one the world’s most beloved authors, Roald Dahl, who was born in Llandaff. Dahl-esque events were seen across the city centre such as James’ giant peach rolling along Westgate street and a fearless Fantastic Mr Fox walking a tightrope across the castle walls. The events quite truly were gloriumptious!

As children my sister and I were very au fait with Mr Dahl’s books. They were marvellous bed time companions. I could devour Fantastic Mr Fox in one sitting. My sister even sought inspiration from the pages of Matilda as she tried to punish our parents for giving her a row! (For those of you who want to know she cut holes in my mother’s lace tablecloth and stapled her pillow case).

Incidentally Matilda was recently voted as the nation’s favourite Roald Dahl character. As it happens the book itself is one of my favourites. Matilda is an unlikely heroine, the plot is devious and the villain treacherous. Justice however triumphs by way of a happy ending for Matilda and her class teacher Miss Honey.

Miss Honey much akin to Dahl himself suffered a great loss as a young child. She was raised by an abusive aunt following the suspicious death of her beloved father. The aunt is none other than the dreadly Miss Trunchbull who refuses to provide Miss Honey with her father’s inheritance. When reading the book as a child the issue of the deprived inheritance did not particularly vex me. I was more astounded by Matilda’s telekinesis abilities. However as a private client solicitor specialising in wills and probate I cannot help but think, if only Miss Honey’s father had made a will before his untimely death, his daughter’s casasterous situation may well have been avoided. By appointing a sensible person as the executor or trustee of his will Miss Honey’s father could have ensured that his daughter’s inheritance was correctly looked after and wisely invested. The creation of a trust for her benefit would have ensured that Miss Honey would receive her inheritance at an appropriate age, such as 18 or 21. Not forgetting that Miss Honey’s father ought to have appointed a guardian in his will to care for his daughter should he predecease her whilst she was in her minority – (it’s thought best to appoint a person who actually likes children as a guardian!)

Miss Honey too could have sought legal advice regarding her abject poverty and misfortune. As a child of the deceased she would be entitled to claim against her father’s estate pursuant to the terms of the Inheritance (Provision for Family and Dependants) act 1975 if she felt that her father’s estate had not reasonably provided for her.

Now of course the above is purely hypothetical but in Dahl’s words “a little nonsense now and then is relished by the wisest men”.

Fiction aside, Roald Dahl saw the benefit in making a will and provided the majority of his estate to his second wife. Second marriages are now common place in today’s society but can often prove to be a vexing or plexicated issue when deciding how one’s estate should be divided after death. Often the testator seeks to strive fairness between his or her new spouse and the children of the first marriage. Legal advice should be sought if this leaves anybody feeling a little biffsquiggled!

Legacy living is also key to most wills. I recently drafted a will that created a pecuniary trust to a beneficiary together with a specific gift of the testator’s tortoise. This Ied me to wonder, what Mr Hoppy would have done with his tortoises had he decided to keep them all or if the pet shop had refused to take them back?

Dahl’s estate continues to support charitable causes such as specialist children nurses, educational outreach programmes and grants for families in need. But to me his legacy will always be his books. They continue to delight and astound and have taken me to whole new worlds. His imagination is boundless, his wordsmith masterful (see how many Dahl words you can spot) and his creativity captivating.

I’ll finish with this little gem by Mr Fox, uttered too often I’m sure to many a solicitor – “I understand what you’re saying and your comments are valuable, but I’m gonna ignore your advice”.

Catrin is one of our Private Client team, she specialises in all matters wills and probate.

Filter by
Resolving Financial Matters When Getting Divorced
Child Inclusive Mediation
No-Fault Divorce set to come into play on 6th April 2022
Coercive control in Family Law
What is the Divorce Process and how we support people through it?
Crypto-assets in Divorce
Getting divorced during lockdown
The effects of Brexit on Family Law
Divorcing without a financial order in place
Valuing assets during Financial Proceedings
What is ‘Divorce Day’ and will it happen in a COVID-19 world?
Key divorce statistics in England and Wales 2019
Child arrangements during Wales’ “Firebreak”
Family Law: What to expect from a remote hearing?
Why millennials are getting prenups?
Specific Issue Orders and Prohibited Steps Orders
Annulment of Marriage
Resolving Finances on Divorce
No Parental Agreement To Covid-19 Vaccination
Valuing A Family Business During The COVID-19 Pandemic
Consent Orders & Clean Break Orders
The Impact of Coronavirus on Child Arrangements Orders
The Impact of Coronavirus on Spousal Maintenance Orders
The impact of Coronavirus on Domestic Abuse
The Impact of Coronavirus on Divorce Finances
What are the financial implications of divorce?
Special Guardianship – What’s so “special” about it?
Alternatives to Litigation (ADR)
Can Pre-nuptial agreements be signed after marriage?
Pensions on divorce
Smacking Ban – The Impact on Family Law
Cohabitee Disputes
Options available when sorting out finances on divorce or dissolution
Can I have my inheritance early? ‘I Want It Now!’
Can Pre-nuptial agreements protect future assets?
What pre-marital arrangements to make before your happy day?
The importance of making a will at the start and end of a relationship
What is Cafcass and what does it do?
Happy Saint Valentine’s day
2019 – Private Client Update
I have received a divorce petition, what do I do?
Involving The Court In Disputes Relating To Children
How to get Divorced in England & Wales
Good Divorce Week
Summary Points of Submission to the Commission on Justice in Wales
The Extension of Civil Partnerships
The Importance of Cohabitation Agreements?
A Brief Guide to Divorce
The Importance of Making a Will
Spies, Soaps, and the Soaring cost of Dying
Collaborative Law Explained
Do grandparents have rights on family breakdowns?
Contentious Probate Overview
Children Act Proceedings and the Involvement of Cafcass
Enforcing Child Arrangements Orders
Surrogacy Questions and Answers
Divorce Day 2018
A Victorian Attitude to Dying?
The Future of Divorce Law
A layman’s guide to injunctions
Coping with Christmas Family Arrangements
Special Contributions – Have you got the XFactor?
Social Media in Family Law Proceedings
Will writing Proposals: A change is gonna’ come
Internal Relocation with Children
FAQs: Child matters over the summer school holidays
Shariah issues in Pakistani TV dramas
Child Arrangements Over Summer
A Reasonable Inheritance
The American Patient
Differences between solicitors and barristers
The Blame Game
Civil Partnership Equality – Nothing More. Nothing Less
January Blues
Civil Partnerships still exclusive for same sex couples & TOLATA
Running Your Own Cases. Cheaper, but at what Cost?
Are Prenuptial Agreements Legally Binding?
The thorny subject of legal fees in divorce proceedings
Schedule 1 of the Children Act 1989 – Not just for the “Super Rich”
Brangelina, as the dust settles
The Collaborative Route – Collaborative Law
Brexit and the future of family law
Child Abduction – What You Need to Know
Family Law Myths: Busted
Inheritance Tax – Family Home Allowance
Pre-marital agreements are on the rise
Surrogacy Agreements
What is your online “financial footprint” saying about you?
Adoption Support Fund
Sarah Wyburn on Equal Marriage
You need a proper Will to make sure your wishes are followed
Sarah Wyburn on new laws for separating parents
David James on child maintenance system changes
Child maintenance: parents to agree fees
Proposed pension changes and their likely impact on divorcing couples
Welsh law firm celebrates as marriage equality becomes reality
The Prest case and what the judgement means
Family Law Q&A: Clare’s Law
Family Law Q&A: Arrangements for the Children
Family Law Q&A: Quickie Divorce
Family Law Q&A: Common Law Marriage
See All News