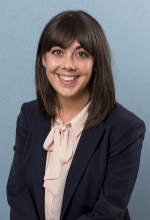 Surrogacy is an area which continues to attract controversy in the news.  Arguably, it is the surrogacy arrangements which ‘go wrong’ that are highlighted in the press, and this may add or reinforce a stigma to the whole concept of surrogacy, to go with the already complex matters surrounding the parents’ rights and responsibilities when entering into surrogacy arrangements.   It is, however, important to highlight the legal rights of those involved in order that clients can be properly informed of this potential route to parenthood.

A surrogate will automatically be considered as the legal mother of a child unless – or until – parenthood is transferred to the intended parent(s) through a parental order or adoption order after the birth of the child.  This part of the process should not be taken for granted. Once a child is born, the surrogate has no obligation to give him or her up, and the Surrogacy Arrangements Act 1985 clearly states that no surrogacy agreement which may be in place is enforceable by, or against, any of those making it.  This means that the surrogate mother is not obliged to hand over the child, and nor are the intended parents obliged to take the child if they have changed their minds.

So, with such risks present, why would parties enter into a surrogacy agreement at all? The answer is that a well-drafted surrogacy agreement, though not legally binding, can ensure that all parties enter into the process with their eyes open, having had full knowledge of the expectations and commitments involved in their particular arrangement.  For many, surrogacy offers a chance of parenthood which would otherwise be unavailable, and it can enable the intended parents to be actively involved in the process.

The case of H v S (Surrogacy Agreement) [2015] EWFC 36 highlights the difficulty the court faces when deciding what to do in situations where a surrogacy agreement is unclear or abandoned.  In this case, the commissioning parents sought for the child to live with them in line with the parties’ intended agreement; however, the surrogate mother sought an order for the child to remain with her, as she argued that she had entered into an artificial conception agreement with the man which would see her acting as the main parent and carer.  This was firmly disputed by the genetic father and his partner, who stated that it was always intended that the mother would merely ‘play a role’, and that they were to be the child’s parents.

It was the function of the court to decide what best served the interests and welfare of the child throughout her childhood.  The judge found that the mother had “deliberately misled the Applicants in order to conceive a child for herself rather than changing her mind at a later date” and it was decided that the father and his partner were the best parents able to meet the child’s needs now and in the future.

Although the exchange of e-mails between the parties was a basis for such a surrogacy agreement, this in itself was not the backbone to the judge’s decision.  Rather, the judge found that the mother had, by all accounts, deliberately and consistently disrupted contact between the child and the applicant parents, as well as using offensive language (including stereotypical portrayals of gay men and homophobic slurs) to describe them.   The judge held that the mother had shown herself to be unable to put the child first, and that she was unable to meet the child’s emotional needs, both now and in the long term.
This recent judgment has received much attention from the press and the public as to whether this was the ‘right’ thing to do.  Ultimately, surrogacy remains a highly emotive area, and parties who wish to enter into surrogacy agreements are urged to seek legal advice first to ensure that it really is a suitable route for those involved.

If you need any further advice please contact us.

To see a full range of services we provide click here

To speak with us today, you will see our contact information below:

Filter by
Resolving Financial Matters When Getting Divorced
Child Inclusive Mediation
No-Fault Divorce set to come into play on 6th April 2022
Coercive control in Family Law
What is the Divorce Process and how we support people through it?
Crypto-assets in Divorce
Getting divorced during lockdown
The effects of Brexit on Family Law
Divorcing without a financial order in place
Valuing assets during Financial Proceedings
What is ‘Divorce Day’ and will it happen in a COVID-19 world?
Key divorce statistics in England and Wales 2019
Child arrangements during Wales’ “Firebreak”
Family Law: What to expect from a remote hearing?
Why millennials are getting prenups?
Specific Issue Orders and Prohibited Steps Orders
Annulment of Marriage
Resolving Finances on Divorce
No Parental Agreement To Covid-19 Vaccination
Valuing A Family Business During The COVID-19 Pandemic
Consent Orders & Clean Break Orders
The Impact of Coronavirus on Child Arrangements Orders
The Impact of Coronavirus on Spousal Maintenance Orders
The impact of Coronavirus on Domestic Abuse
The Impact of Coronavirus on Divorce Finances
What are the financial implications of divorce?
Special Guardianship – What’s so “special” about it?
Alternatives to Litigation (ADR)
Can Pre-nuptial agreements be signed after marriage?
Pensions on divorce
Smacking Ban – The Impact on Family Law
Cohabitee Disputes
Options available when sorting out finances on divorce or dissolution
Can I have my inheritance early? ‘I Want It Now!’
Can Pre-nuptial agreements protect future assets?
What pre-marital arrangements to make before your happy day?
The importance of making a will at the start and end of a relationship
What is Cafcass and what does it do?
Happy Saint Valentine’s day
2019 – Private Client Update
I have received a divorce petition, what do I do?
Involving The Court In Disputes Relating To Children
How to get Divorced in England & Wales
Good Divorce Week
Summary Points of Submission to the Commission on Justice in Wales
The Extension of Civil Partnerships
The Importance of Cohabitation Agreements?
A Brief Guide to Divorce
The Importance of Making a Will
Spies, Soaps, and the Soaring cost of Dying
Collaborative Law Explained
Do grandparents have rights on family breakdowns?
Contentious Probate Overview
Children Act Proceedings and the Involvement of Cafcass
Enforcing Child Arrangements Orders
Surrogacy Questions and Answers
Divorce Day 2018
A Victorian Attitude to Dying?
The Future of Divorce Law
A layman’s guide to injunctions
Coping with Christmas Family Arrangements
Special Contributions – Have you got the XFactor?
Social Media in Family Law Proceedings
Will writing Proposals: A change is gonna’ come
Internal Relocation with Children
FAQs: Child matters over the summer school holidays
Shariah issues in Pakistani TV dramas
Child Arrangements Over Summer
A Reasonable Inheritance
The American Patient
Differences between solicitors and barristers
The Blame Game
Civil Partnership Equality – Nothing More. Nothing Less
January Blues
Civil Partnerships still exclusive for same sex couples & TOLATA
Running Your Own Cases. Cheaper, but at what Cost?
Are Prenuptial Agreements Legally Binding?
The thorny subject of legal fees in divorce proceedings
Schedule 1 of the Children Act 1989 – Not just for the “Super Rich”
Brangelina, as the dust settles
The Collaborative Route – Collaborative Law
A little nonsense now and then
Brexit and the future of family law
Child Abduction – What You Need to Know
Family Law Myths: Busted
Inheritance Tax – Family Home Allowance
Pre-marital agreements are on the rise
What is your online “financial footprint” saying about you?
Adoption Support Fund
Sarah Wyburn on Equal Marriage
You need a proper Will to make sure your wishes are followed
Sarah Wyburn on new laws for separating parents
David James on child maintenance system changes
Child maintenance: parents to agree fees
Proposed pension changes and their likely impact on divorcing couples
Welsh law firm celebrates as marriage equality becomes reality
The Prest case and what the judgement means
Family Law Q&A: Clare’s Law
Family Law Q&A: Arrangements for the Children
Family Law Q&A: Quickie Divorce
Family Law Q&A: Common Law Marriage
See All News