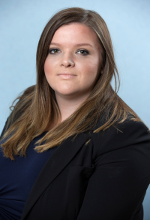 There is an underused provision to protect and provide financial support for a child of unmarried parents in Family Law. This assistance can be found in Schedule 1 of the Children Act 1989.

When a marriage comes to an end, then the Husband and/or the Wife can look for financial support from their spouse to meet their needs as well as the needs of any children of the family. However, it appears that a similar provision for children of unmarried parents after they separate is not commonly considered.

This is understandable as the general publication of Schedule 1 proceedings is limited. The case law reported deals predominantly with “big money” cases and Schedule 1 applications are commonly pursued where the paying parent is considered to be “super-rich”.  However, Schedule 1 is not discriminatory. It is available to be considered by all parents who have a child and require financial provision to meet their child’s needs. It is not an area of law limited to the super rich.

Thankfully, most unmarried parents are aware of the obligation for the non-resident parent to have to pay child maintenance (now dealt with through the Child Maintenance Service (“CMS”), formerly called the Child Support Agency/CSA) but it appears that there is a lack of awareness in relation to the area of law that is available to protect and provide for children of unmarried parents which is of a similar nature to the requirements to meet a child’s need upon divorce.

So what does Schedule 1 of the Children Act 1989 provide for?

Schedule 1 applications are not restricted to periodical payments. Most cases will have their periodical payments dealt with through the CMS. That being either a family based arrangement where the parties decide between themselves what the non-resident parent should pay to the resident parent each month. Alternatively there may be an assessment undertaken by the CMS which the parents either pay directly between themselves, or the CMS collects and makes payment for a fee. In exceptional circumstances where the non-resident parent’s income is above the highest rate for  CMS claims (£3,000 gross per week) then there is provision within Schedule 1 of the Children Act to ask the Court to order a “top up” of maintenance based on the child’s needs.

In addition to the Court’s power to deal with applications for periodical payments by way of a “top up” order, the Court also has the power to Order the following to meet the child’s needs:-

A lump sum. This includes interim orders as well as any final lump sums to meet legal fees of the resident parent who is having to make an application;

Whilst most Orders under Schedule 1 are made for children up to the age of 18, the Court has power to offer additional orders in exceptional circumstances, such as if a child had any disabilities that meant they required further financial provision after attaining the age of 18 because they would not be able to be independent after this time.

What will the Court consider when dealing with such an application?

When the Court is asked to consider such an application, it will consider, amongst other things, the following:-

1.     The financial resources available to both parents;

3.    Any disabilities of the subject child;

4.    The financial requirements of the child;

5.     The original intentions of the parents in relation to how the child would be raised to include matters such as private education

In making a decision, the Court will expect there to be full financial disclosure of both parents’ financial resources.

The task for the Court is to ensure that the child’s financial needs are met. Clearly, if there is a situation where there are particularly wealthy parents, then the respective lifestyles of the parents and therefore the subject child, is going to be a consideration of the Court when considering what the child’s ongoing needs are.

Schedule 1 of the Children Act 1989 is therefore not just for the super-rich. It is becoming more and more common for people to enter into a relationship, cohabit, and have children without marrying. Schedule 1 of the Children Act 1989 is a useful tool which should be considered by unmarried parents when they separate to ensure that the child’s welfare and financial needs are met.

To view a full range of services we provide click here

Alternatively to speak with us today, please see our contact information below;

Filter by
Valuing A Family Business During The COVID-19 Pandemic
Consent Orders & Clean Break Orders
The Impact of Coronavirus on Child Arrangements Orders
The Impact of Coronavirus on Spousal Maintenance Orders
The impact of Coronavirus on Domestic Abuse
The Impact of Coronavirus on Divorce Finances
What are the financial implications of divorce?
Special Guardianship – What’s so “special” about it?
Alternatives to Litigation (ADR)
Can Pre-nuptial agreements be signed after marriage?
Pensions on divorce
Smacking Ban – The Impact on Family Law
Cohabitee Disputes
Options available when sorting out finances on divorce or dissolution
Can I have my inheritance early? ‘I Want It Now!’
Can Pre-nuptial agreements protect future assets?
What pre-marital arrangements to make before your happy day?
The importance of making a will at the start and end of a relationship
What is Cafcass and what does it do?
Happy Saint Valentine’s day
2019 – Private Client Update
I have received a divorce petition, what do I do?
Involving The Court In Disputes Relating To Children
How to get Divorced in England & Wales
Good Divorce Week
Summary Points of Submission to the Commission on Justice in Wales
The Extension of Civil Partnerships
The Importance of Cohabitation Agreements?
A Brief Guide to Divorce
The Importance of Making a Will
Spies, Soaps, and the Soaring cost of Dying
Collaborative Law Explained
Do grandparents have rights on family breakdowns?
Contentious Probate Overview
Children Act Proceedings and the Involvement of Cafcass
Enforcing Child Arrangements Orders
Surrogacy Questions and Answers
Divorce Day 2018
A Victorian Attitude to Dying?
The Future of Divorce Law
A layman’s guide to injunctions
Coping with Christmas Family Arrangements
Special Contributions – Have you got the XFactor?
Social Media in Family Law Proceedings
Will writing Proposals: A change is gonna’ come
Internal Relocation with Children
FAQs: Child matters over the summer school holiday
Shariah issues in Pakistani TV dramas
Child Arrangements Over Summer
A Reasonable Inheritance
The American Patient
Differences between solicitors and barristers
The Blame Game
Civil Partnership Equality – Nothing More. Nothing Less
World Book Day
January Blues
Civil Partnerships still exclusive for same sex couples & TOLATA
Running Your Own Cases. Cheaper, but at what Cost?
Are Prenuptial Agreements Legally Binding?
The thorny subject of legal fees in divorce proceedings
Brangelina, as the dust settles
The Collaborative Route – Collaborative Law
A little nonsense now and then
Brexit and the future of family law
Child Abduction – What You Need to Know
Family Law Myths: Busted
Inheritance Tax – Family Home Allowance
Pre-marital agreements are on the rise
Surrogacy Agreements
What is your online “financial footprint” saying about you?
Adoption Support Fund
Sarah Wyburn on Equal Marriage
You need a proper Will to make sure your wishes are followed
Sarah Wyburn on new laws for separating parents
David James on child maintenance system changes
Child maintenance: parents to agree fees
Proposed pension changes and their likely impact on divorcing couples
Welsh law firm celebrates as marriage equality becomes reality
The Prest case and what the judgement means
Family Law Q&A: Clare’s Law
Family Law Q&A: Arrangements for the Children
Family Law Q&A: Quickie Divorce
Family Law Q&A: Common Law Marriage
See All News