A layman’s guide to injunctions 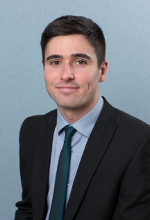 You can apply for injunctions under Part IV of the Family Law Act 1996 (‘FLA 1996’) if you have been the victim of domestic violence and the perpetrator (‘the respondent’) of the violence is considered a connected person. An injunction is a court order that either:

Protects you or your child from being harmed or threatened by the person who has abused you – this is called a ‘Non-Molestation Order’; or

Decides who can live in the family home or enter the surrounding area – this is called an ‘Occupation Order’.

There is no statutory definition of what molestation includes so practitioners must look to case law for guidance.

To be able to apply for a Non-Molestation Order you must be able to prove to the Court that the respondent is a connected person so falls into one of the categories below.

There is, therefore, a great deal of discretion afforded to the court in determining what constitutes molestation and, consequently, whether an application should succeed. This should not be troublesome in a case involving clear acts or threats of violence. However, where the molestation complained of is more indirect in its effect on you, success could prove more problematic.

Who can apply for a Non-Molestation Order?

You can usually apply for a Non-Molestation Order if you are a victim of domestic violence and the respondent is:

1.      Someone you are having or have had a relationship with

·       Boyfriend, girlfriend, partner or a person you are in or have been in a relationship with for more than 6 months.

If you were engaged to or had agreed to form a civil partnership with the respondent, you will need to provide evidence, such as a ring or statement from a witness who attended a ceremony or celebration.

You can apply if the respondent is a close family member, for example, a parent, brother, sister, aunt or uncle.

3.      Someone who has parental responsibility for your child or grandchild

You can apply if you have a child or grandchild and the respondent is the child’s parent or person you share parental responsibility with.

If your child or grandchild has been adopted, you can also apply to get an injunction against:

·       Anyone the child has been placed with for adoption;

You can apply for an order against a person you live or lived with unless they are your:

Duration of a Non-Molestation Order

There are two tests to which the court must have regard when deciding whether to grant an Occupation Order.

1.      The housing needs and housing resources of both you, the respondent and of any relevant child;

2.      The financial resources of both you and the respondent;

3.      The likely effect of any order, or of any decision by the court not to exercise its powers, on the health, safety or well-being of both you, the respondent and of any relevant child;

4.      The conduct of both you and the respondent in relation to each other and otherwise.

Who can apply for an Occupation Order?

You can apply for an Occupation Order if you are a victim of domestic violence and if:

1.      You own or rent the home and it is, was, or was intended to be shared with a husband or wife, civil partner, cohabitant, family member, person you are engaged to or parent of your child;

2.      You do not own or rent the home but you are married or in a civil partnership with the owner and you are living in the home;

3.      Your former husband, wife or civil partner is the owner or tenant, and the home is, was, or was intended to be your shared matrimonial home;

4.      The person you cohabit or cohabited with is the owner or tenant, and the home is, was, or was intended to be your shared home.

Duration of an Occupation Order

Theduration of an Occupation Order will, like the Non-Molestation Order, largely depend upon the extent to which it restrains the respondent. However, there are also strict rules in Occupation Orders relevant to the maximum periods of time which an occupation order can be granted, dependant upon your entitlement to occupy the home and your relationship with the respondent. If you are entitled to occupy the home then the order may be made for a specified period of time, until the occurrence of a specified event or further order. If you are not entitled but a spouse or former spouse of the respondent then the order can only be made for 6 months, which can be extended in 6 month periods upon application. If you are a cohabitant with no entitlement to occupy then the order may, again, only be for 6 months but may be extended only once.

How to apply for an injunction?

If you satisfy the above criteria, you can apply for a Non-Molestation and/or an Occupation Order by filling in the relevant application form and preparing a witness statement in support telling the court what has happened and requesting the relevant order. There is no court fee payable for this.

If you need protection immediately, you can ask for an emergency order when you apply to the court on. You do not have to tell the respondent that you are applying so it is known as a ‘without notice’ application.

You will have to tell the respondent about your application after the hearing if an emergencyorder is made.

An emergency order will usually last until you return to the court for a second hearing which both you and the respondent must attend. If successful at this hearing, the court will renew the emergency order.

The person named in the injunction can be arrested if they break it.

Sam is a solicitor with Wendy Hopkins Family Law Practice

For further advice on applying for an injunction, please contact our office (details below). However, If you are in immediate danger of being abused or have been abused, you should always report it to the police in the first instance.

Filter by
Resolving Financial Matters When Getting Divorced
Child Inclusive Mediation
No-Fault Divorce set to come into play on 6th April 2022
Coercive control in Family Law
What is the Divorce Process and how we support people through it?
Crypto-assets in Divorce
Getting divorced during lockdown
The effects of Brexit on Family Law
Divorcing without a financial order in place
Valuing assets during Financial Proceedings
What is ‘Divorce Day’ and will it happen in a COVID-19 world?
Key divorce statistics in England and Wales 2019
Child arrangements during Wales’ “Firebreak”
Family Law: What to expect from a remote hearing?
Why millennials are getting prenups?
Specific Issue Orders and Prohibited Steps Orders
Annulment of Marriage
Resolving Finances on Divorce
No Parental Agreement To Covid-19 Vaccination
Valuing A Family Business During The COVID-19 Pandemic
Consent Orders & Clean Break Orders
The Impact of Coronavirus on Child Arrangements Orders
The Impact of Coronavirus on Spousal Maintenance Orders
The impact of Coronavirus on Domestic Abuse
The Impact of Coronavirus on Divorce Finances
What are the financial implications of divorce?
Special Guardianship – What’s so “special” about it?
Alternatives to Litigation (ADR)
Can Pre-nuptial agreements be signed after marriage?
Pensions on divorce
Smacking Ban – The Impact on Family Law
Cohabitee Disputes
Options available when sorting out finances on divorce or dissolution
Can I have my inheritance early? ‘I Want It Now!’
Can Pre-nuptial agreements protect future assets?
What pre-marital arrangements to make before your happy day?
The importance of making a will at the start and end of a relationship
What is Cafcass and what does it do?
Happy Saint Valentine’s day
2019 – Private Client Update
I have received a divorce petition, what do I do?
Involving The Court In Disputes Relating To Children
How to get Divorced in England & Wales
Good Divorce Week
Summary Points of Submission to the Commission on Justice in Wales
The Extension of Civil Partnerships
The Importance of Cohabitation Agreements?
A Brief Guide to Divorce
The Importance of Making a Will
Spies, Soaps, and the Soaring cost of Dying
Collaborative Law Explained
Do grandparents have rights on family breakdowns?
Contentious Probate Overview
Children Act Proceedings and the Involvement of Cafcass
Enforcing Child Arrangements Orders
Surrogacy Questions and Answers
Divorce Day 2018
A Victorian Attitude to Dying?
The Future of Divorce Law
Coping with Christmas Family Arrangements
Special Contributions – Have you got the XFactor?
Social Media in Family Law Proceedings
Will writing Proposals: A change is gonna’ come
Internal Relocation with Children
FAQs: Child matters over the summer school holidays
Shariah issues in Pakistani TV dramas
Child Arrangements Over Summer
A Reasonable Inheritance
The American Patient
Differences between solicitors and barristers
The Blame Game
Civil Partnership Equality – Nothing More. Nothing Less
January Blues
Civil Partnerships still exclusive for same sex couples & TOLATA
Running Your Own Cases. Cheaper, but at what Cost?
Are Prenuptial Agreements Legally Binding?
The thorny subject of legal fees in divorce proceedings
Schedule 1 of the Children Act 1989 – Not just for the “Super Rich”
Brangelina, as the dust settles
The Collaborative Route – Collaborative Law
A little nonsense now and then
Brexit and the future of family law
Child Abduction – What You Need to Know
Family Law Myths: Busted
Inheritance Tax – Family Home Allowance
Pre-marital agreements are on the rise
Surrogacy Agreements
What is your online “financial footprint” saying about you?
Adoption Support Fund
Sarah Wyburn on Equal Marriage
You need a proper Will to make sure your wishes are followed
Sarah Wyburn on new laws for separating parents
David James on child maintenance system changes
Child maintenance: parents to agree fees
Proposed pension changes and their likely impact on divorcing couples
Welsh law firm celebrates as marriage equality becomes reality
The Prest case and what the judgement means
Family Law Q&A: Clare’s Law
Family Law Q&A: Arrangements for the Children
Family Law Q&A: Quickie Divorce
Family Law Q&A: Common Law Marriage
See All News