A Brief Guide to Divorce 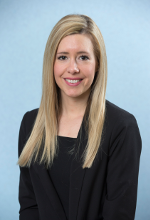 Following the recent Supreme Court case of Tini Owens who was not allowed to progress with her divorce petition, the divorce laws of England and Wales have been in the spotlight.  Here I will explain the basics and answer some of the questions that I have been asked recently. Our guide to divorce

How long do I need to have been married to obtain a divorce?

You need to have been married for over one year before you can file a divorce petition at court to start a divorce.

What are the grounds for divorce?

There is one ground for divorce in England and Wales and that is that the marriage has irretrievably broken down.  In order to proceed, the divorce needs to be based on one of five facts namely

What if I don’t want to wait two years?

If the other party has committed adultery or behaved unreasonably towards you, then you don’t need to wait and can start a divorce immediately.

What if I don’t want to raise the other party’s behaviour and they have not committed adultery?

Then you would need to wait for two years to start a divorce if they consented to that, or five years if they did not consent.  After five years, one person can divorce another without any real obstacles.

What if I have committed adultery, can I start a divorce using that fact?

No, you cannot start a divorce on the basis of your own adultery, it has to be based on the other person’s adultery.

How long does a divorce take?

As a guide, it takes about six months but in some areas there are reports of long delays with paperwork making it far longer. Lots of people deal with the financial matters at the same time as the divorce and remain married while they do so.  Therefore it is actually the finances which can make the process take longer.

What is a no-fault divorce?

There is a campaign to bring in no fault divorces which would allow people to file for divorce without one party needing to take the blame for the breakdown of the marriage.  It would remove the need to raise examples of behaviour or wait for two years. It would be enough for the couple to say that they no longer wish to be married.

I heard that there was a recent case where a divorce was refused.  Could that happen to me?

The circumstances in Tini Owens’ case were unusual as one party did not wish for there to be a divorce and actually contested not only the grounds, but whether there should be a divorce at all. A judge must be persuaded that the marriage has ‘irretrievably broken down’ and if they aren’t convinced then they can refuse the divorce. This could be if the examples of behaviour are not sufficient, for example saying the parties have drifted apart is not the same as one party having behaved unreasonably.  In the vast majority of cases, both parties agree that the marriage has irretrievably broken down and even if they deny the examples of behaviour, the divorce can proceed, and the court does not take issue with that.

If you would like to speak with us regarding divorce or any other family law issues, please see our contact information below;

Filter by
Valuing A Family Business During The COVID-19 Pandemic
Consent Orders & Clean Break Orders
The Impact of Coronavirus on Child Arrangements Orders
The Impact of Coronavirus on Spousal Maintenance Orders
The impact of Coronavirus on Domestic Abuse
The Impact of Coronavirus on Divorce Finances
What are the financial implications of divorce?
Special Guardianship – What’s so “special” about it?
Alternatives to Litigation (ADR)
Can Pre-nuptial agreements be signed after marriage?
Pensions on divorce
Smacking Ban – The Impact on Family Law
Cohabitee Disputes
Options available when sorting out finances on divorce or dissolution
Can I have my inheritance early? ‘I Want It Now!’
Can Pre-nuptial agreements protect future assets?
What pre-marital arrangements to make before your happy day?
The importance of making a will at the start and end of a relationship
What is Cafcass and what does it do?
Happy Saint Valentine’s day
2019 – Private Client Update
I have received a divorce petition, what do I do?
Involving The Court In Disputes Relating To Children
How to get Divorced in England & Wales
Good Divorce Week
Summary Points of Submission to the Commission on Justice in Wales
The Extension of Civil Partnerships
The Importance of Cohabitation Agreements?
The Importance of Making a Will
Spies, Soaps, and the Soaring cost of Dying
Collaborative Law Explained
Do grandparents have rights on family breakdowns?
Contentious Probate Overview
Children Act Proceedings and the Involvement of Cafcass
Enforcing Child Arrangements Orders
Surrogacy Questions and Answers
Divorce Day 2018
A Victorian Attitude to Dying?
The Future of Divorce Law
A layman’s guide to injunctions
Coping with Christmas Family Arrangements
Special Contributions – Have you got the XFactor?
Social Media in Family Law Proceedings
Will writing Proposals: A change is gonna’ come
Internal Relocation with Children
FAQs: Child matters over the summer school holiday
Shariah issues in Pakistani TV dramas
Child Arrangements Over Summer
A Reasonable Inheritance
The American Patient
Differences between solicitors and barristers
The Blame Game
Civil Partnership Equality – Nothing More. Nothing Less
World Book Day
January Blues
Civil Partnerships still exclusive for same sex couples & TOLATA
Running Your Own Cases. Cheaper, but at what Cost?
Are Prenuptial Agreements Legally Binding?
The thorny subject of legal fees in divorce proceedings
Schedule 1 of the Children Act 1989 – Not just for the “Super Rich”
Brangelina, as the dust settles
The Collaborative Route – Collaborative Law
A little nonsense now and then
Brexit and the future of family law
Child Abduction – What You Need to Know
Family Law Myths: Busted
Inheritance Tax – Family Home Allowance
Pre-marital agreements are on the rise
Surrogacy Agreements
What is your online “financial footprint” saying about you?
Adoption Support Fund
Sarah Wyburn on Equal Marriage
You need a proper Will to make sure your wishes are followed
Sarah Wyburn on new laws for separating parents
David James on child maintenance system changes
Child maintenance: parents to agree fees
Proposed pension changes and their likely impact on divorcing couples
Welsh law firm celebrates as marriage equality becomes reality
The Prest case and what the judgement means
Family Law Q&A: Clare’s Law
Family Law Q&A: Arrangements for the Children
Family Law Q&A: Quickie Divorce
Family Law Q&A: Common Law Marriage
See All News