An amicable divorce for the world’s richest couple – what happens next? 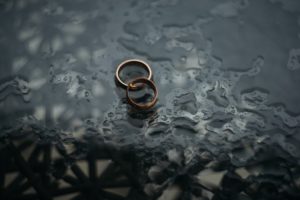 In January Jeff Bezos, CEO of Amazon announced his separation on Twitter via a joint statement with wife MacKenzie. In summary, the statement focused on the positives of the 25-year marriage and suggested a calm, mutual and amicable divorce.

The astronomical wealth of Jeff Bezos has reached the headlines. According to Forbes, Jeff Bezos’ net worth is estimated as $135.4 Billion (29/01/19). Notably this wealth accrued post marriage. It has been reported that the couple met in 1992 and tied the knot on September 4th 1993, Amazon was then founded on July 5th 1994.

Should MacKenzie receive just one third of the $135.4 Billion she would become the world’s richest woman, overtaking Alice Walton (Wal-Mart heir) who has an estimated net worth of $44.9 Billion.

What amicable options are available?

It is not uncommon for couples to want to achieve an amicable divorce, especially when children are involved. Unfortunately, due to differences of opinion and when new relationships are introduced to the equation, this is not always possible to achieve. At Wendy Hopkins Family Law Practice we encourage clients to seek amicable solutions where possible, including:

Instances where a couple may be uncertain about filing divorce proceedings, relationship counselling may be a suitable option for the couple to try and reconcile their relationship. Although separation may be inevitable, many individuals can take positives from counselling, which can support improved communication between parties.

Mediation can be used for a range of family issues, typically once a couple have made a decision to proceed with divorce/separation. A third-party impartial mediator will work with both sides to assist on ensuring a positive and constructive outcome for both parties. If an agreement is reached through mediation a solicitor can proceed with producing the legal documentation.

“Collaborative law is a great solution for separating couples, especially when there are children. Each will instruct their own trained collaborative lawyer and discuss their issues. The next step is for a number of meetings referred to as 4-ways to be arranged where the separating couple and their respective lawyers meet together to achieve a mutual agreed solution.”