Do grandparents have rights on family breakdowns? 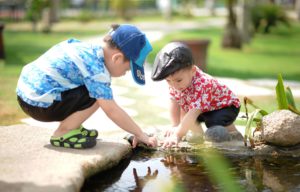 When a relationship comes to an end, whether parents are married or not, it is sometimes the case that disagreements happen in relation to the children and how their time should be divided between their parents. It is however, often the case that the impact on the wider family can invariably take a back seat until the arrangements are sorted out between a child’s parents. Grandparents can be in a position where it becomes much more difficult for them to spend time with grandchildren they were used to seeing on a regular basis prior to the divorce / separation between the children’s parents.If there is a hostile situation between parents, this can sometimes spill over into other family relationships.

Hopefully through discussion, whether that is directly between the adults concerned, or with the help of a process such as mediation, an agreement can be reached. Ultimately, the wellbeing of the children is what all family members would want to focus on and communication of this will be a key factor in resolving matters.

If there cannot be an agreement reached as to the time a grandparent spends with a grandchild in discussions with the child’s parents or dispute resolution/mediation, there can be help on hand via an application to the Family Court if necessary. Grandparents do not have an automatic right to ask the court to make orders that they spend time with their grandchildren, but they can ask the court to give them permission to make an application to the court for that to be something they wish to be granted.

If permission is granted and an application made, the court will then consider the connection to the child, the level of time being requested, and how that impacts on the child and the child’s parents/wider family. The court will need to be convinced that it is in a child’s best interests for an order to be made rather than not. Although it is very much case by case dependent, there is a general perception that unless there is good reason for it not to be the case, it is in a child’s best interests to see and have a meaningful relationship with their grandparents, and that this can be beneficial to their overall wellbeing, but it is always the case that the balance with all other factors to be considered when looking at what is in a child’s best interest will be the focus. The court will normally consider the ‘welfare checklist’, and depending on the age of the children, will consider a child’s wishes and feelings as part of that.

In a lot of cases, these issues are entirely resolvable without the need for court intervention, and an amicable and conciliatory approach is always the preferable way forward in relation to matters concerning children and arrangements to be made for them, but if having tried all of the other approaches, the problems are not resolved, there is the above recourse to the court available.

If you are a grandparent and want to know your rights or how to gain access to grandchildren, contact us to speak with one of our specialist family law solicitors today.

Filter by
Resolving Financial Matters When Getting Divorced
Child Inclusive Mediation
No-Fault Divorce set to come into play on 6th April 2022
Coercive control in Family Law
What is the Divorce Process and how we support people through it?
Crypto-assets in Divorce
Getting divorced during lockdown
The effects of Brexit on Family Law
Divorcing without a financial order in place
Valuing assets during Financial Proceedings
What is ‘Divorce Day’ and will it happen in a COVID-19 world?
Key divorce statistics in England and Wales 2019
Child arrangements during Wales’ “Firebreak”
Family Law: What to expect from a remote hearing?
Why millennials are getting prenups?
Specific Issue Orders and Prohibited Steps Orders
Annulment of Marriage
Resolving Finances on Divorce
No Parental Agreement To Covid-19 Vaccination
Valuing A Family Business During The COVID-19 Pandemic
Consent Orders & Clean Break Orders
The Impact of Coronavirus on Child Arrangements Orders
The Impact of Coronavirus on Spousal Maintenance Orders
The impact of Coronavirus on Domestic Abuse
The Impact of Coronavirus on Divorce Finances
What are the financial implications of divorce?
Special Guardianship – What’s so “special” about it?
Alternatives to Litigation (ADR)
Can Pre-nuptial agreements be signed after marriage?
Pensions on divorce
Smacking Ban – The Impact on Family Law
Cohabitee Disputes
Options available when sorting out finances on divorce or dissolution
Can I have my inheritance early? ‘I Want It Now!’
Can Pre-nuptial agreements protect future assets?
What pre-marital arrangements to make before your happy day?
The importance of making a will at the start and end of a relationship
What is Cafcass and what does it do?
Happy Saint Valentine’s day
2019 – Private Client Update
I have received a divorce petition, what do I do?
Involving The Court In Disputes Relating To Children
How to get Divorced in England & Wales
Good Divorce Week
Summary Points of Submission to the Commission on Justice in Wales
The Extension of Civil Partnerships
The Importance of Cohabitation Agreements?
A Brief Guide to Divorce
The Importance of Making a Will
Spies, Soaps, and the Soaring cost of Dying
Collaborative Law Explained
Contentious Probate Overview
Children Act Proceedings and the Involvement of Cafcass
Enforcing Child Arrangements Orders
Surrogacy Questions and Answers
Divorce Day 2018
A Victorian Attitude to Dying?
The Future of Divorce Law
A layman’s guide to injunctions
Coping with Christmas Family Arrangements
Special Contributions – Have you got the XFactor?
Social Media in Family Law Proceedings
Will writing Proposals: A change is gonna’ come
Internal Relocation with Children
FAQs: Child matters over the summer school holidays
Shariah issues in Pakistani TV dramas
Child Arrangements Over Summer
A Reasonable Inheritance
The American Patient
Differences between solicitors and barristers
The Blame Game
Civil Partnership Equality – Nothing More. Nothing Less
January Blues
Civil Partnerships still exclusive for same sex couples & TOLATA
Running Your Own Cases. Cheaper, but at what Cost?
Are Prenuptial Agreements Legally Binding?
The thorny subject of legal fees in divorce proceedings
Schedule 1 of the Children Act 1989 – Not just for the “Super Rich”
Brangelina, as the dust settles
The Collaborative Route – Collaborative Law
A little nonsense now and then
Brexit and the future of family law
Child Abduction – What You Need to Know
Family Law Myths: Busted
Inheritance Tax – Family Home Allowance
Pre-marital agreements are on the rise
Surrogacy Agreements
What is your online “financial footprint” saying about you?
Adoption Support Fund
Sarah Wyburn on Equal Marriage
You need a proper Will to make sure your wishes are followed
Sarah Wyburn on new laws for separating parents
David James on child maintenance system changes
Child maintenance: parents to agree fees
Proposed pension changes and their likely impact on divorcing couples
Welsh law firm celebrates as marriage equality becomes reality
The Prest case and what the judgement means
Family Law Q&A: Clare’s Law
Family Law Q&A: Arrangements for the Children
Family Law Q&A: Quickie Divorce
Family Law Q&A: Common Law Marriage
See All News